A monolinear sans-serif typeface with references to the neutral style of the second half of the 20th century fonts, such as Helvetica, Univers, Folio etc. The slightly higher contrast as well as some design details give it a slight uniqueness compared to other similar fonts. Greek follows the design style of M. Carter's Greek Helvetica from the 70s. Modern Grotesk CF was originally designed for the Museum of Modern Greek Art of the Municipality of Rhodes, although the font of the Museum was given more expressiveness in order to serve the needs required by the corporate image and identity   Modern Grotesk is also available in Variable font files at no extra cost. 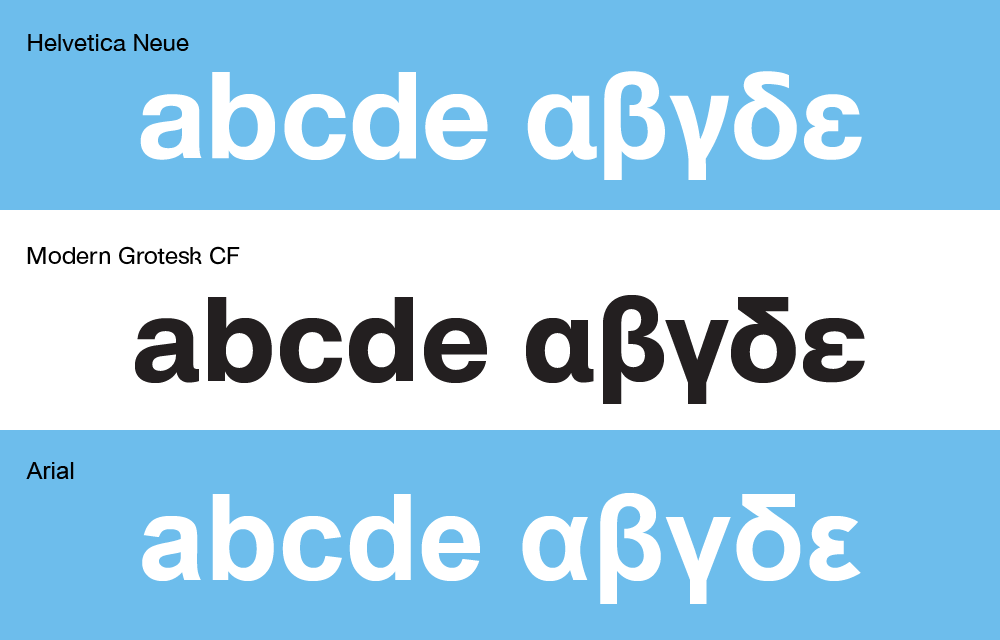 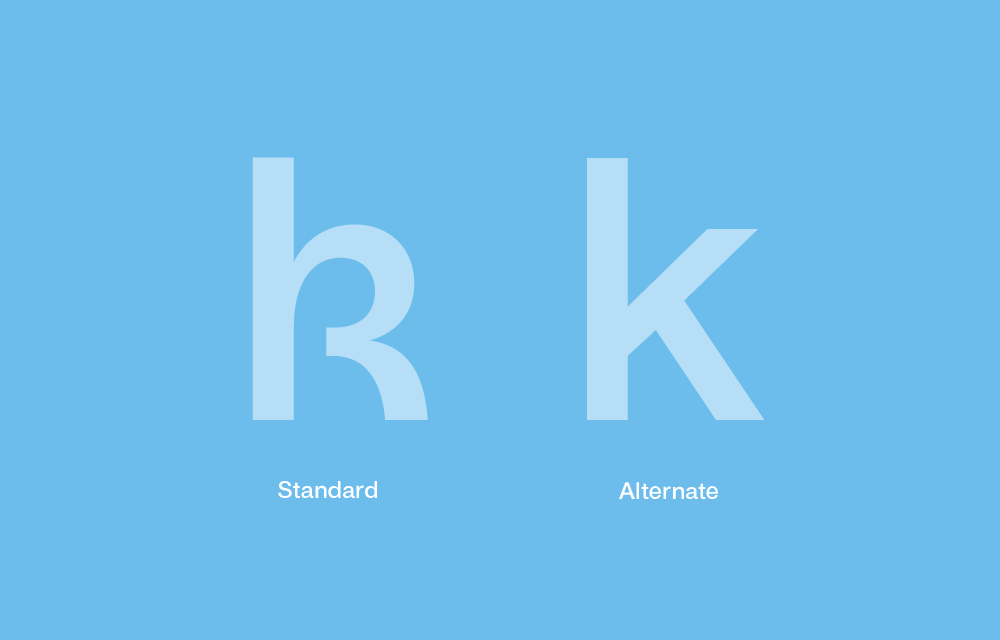 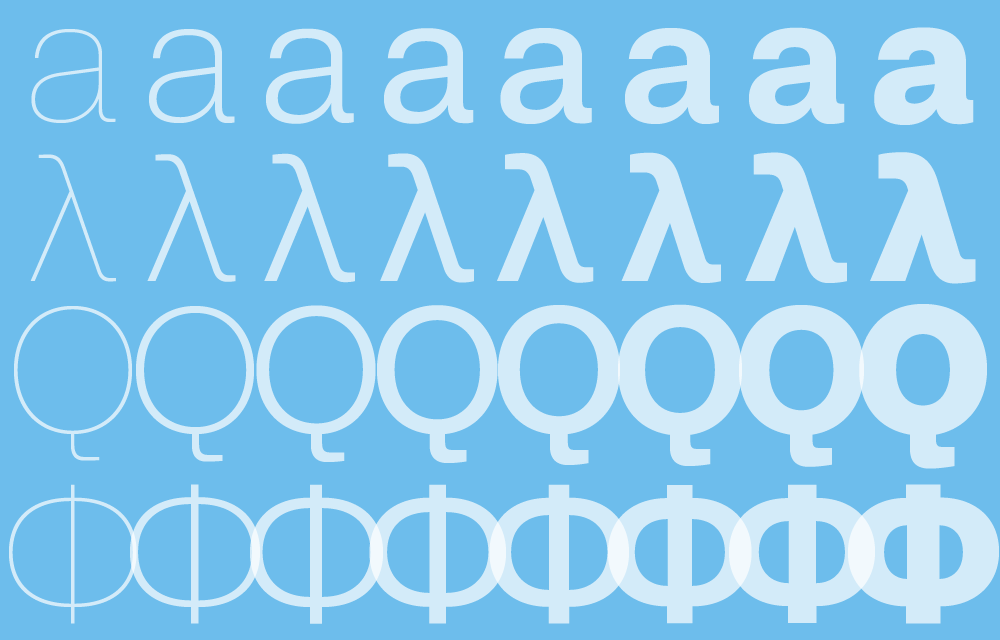